MY DAY: An Inner Spa Day 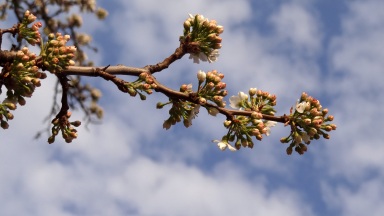 This was a perfect Friday despite some initial downers: a friend’s cat scampered off to Rainbow Bridge and dealings with the IRS over my youngest son’s adoption.

Off I went to Centerville to lunch at La Pinata, shop at Kroger, visit the clinic, and back home in a dash which concluded in a brief nap with the pets.

By 5:30 PM I was off on the bus with my camera, hopping off at the multiple intersections where Brown Street and Far Hills Avenue interset with others.  I began with some cool shots of the mansion built by Governor James Cox who made an unsuccessful bid for president in 1920 with

running mate, Franklin Roosevelt.  Then, I moved on down Brown Street to view the lovely mansions.

The Brown Street pike was packed with University of Dayton college students beginning their weekend.

It was quite the hike along Brown Street but I loved every minute of the evening air.

I ventured into The Oregon District before settling into a cozy booth at the 416 Diner where I enjoyed a delicious Blue Burger and their own twist on twisty fries. The service is second to none! 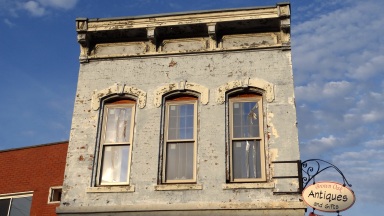 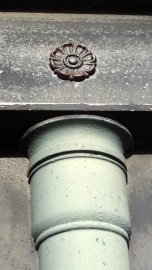 I was out the door with my camera focusing on various shots of the district before settling onto a bench at the bus station to work on some writing projects while waiting for the bus for home.  Within a few minutes, I received a text from Nicole Melin inviting me to join she, Scott, Ian, and Beck at The Neon Movie Theater for ISLE OF DOGS which was absolutely delightful.

My evening is wrapping up with this blog post and downloading several batches of photos to post.

Tomorrow is a busy, busy day.