MY DAY: Logan, the cat 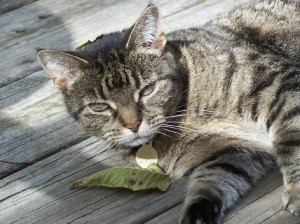 June 19th, 1994, I adopted my first pet, an eight-week-old kitten which I named, Mr. Logan, in honor of my directing mentor, the wonderful teacher, Joshua Logan.

Several weeks later I learned Logan was actually a girl. Friends and students insisted Logan was a girl, but the Centerville band mom from whom I acquired this pet, said my selected kitten was a boy.  For some reason, I kept telling everyone, “things just haven’t dropped, yet.”

I held Logan the morning she passed.  She stretched out her body, let out one last loud cry, and drifted to eternal sleep so she could enter the portals of The Rainbow Bridge.

All in all, Logan, was one of the finest cats, and best pets in the world.  We’ve had three more cats since Logan’s October 13, 2011, passing: Neko, Flanagan, and Clyde.  I’ve loved all three of these fellows, dearly and devotedly, but Logan will always have a special place in my heart. 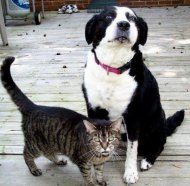