MY DAY: A quiet day at home

Clyde at the start of this blog.

The threat of this winter storm did not keep me in and I am rather surprised I have not been out enjoying it.

The dogs and cats have been marvelous companions throughout the day.  Griffith was at work for about five hours, leaving during the freezing, pouring rain and returning in the heavy snowfall. 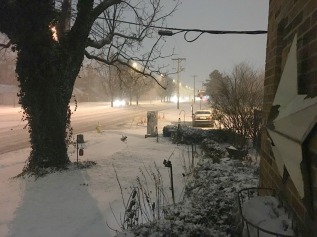 Outside is a winter wonderland.  Shroyer Road is completely snow-covered, and the streetlights have an ethereal glow in the snow shower.

It’s almost 10:00 PM and a part of me feels relaxed while another part of me feels unaccomplished.  It is what it is.  I will watch another documentary or two before heading upstairs with the three dogs.  The Boys, Clyde and Neko, will probably join us around 3:00 AM after they’ve played heavily downstairs for a solid hour. 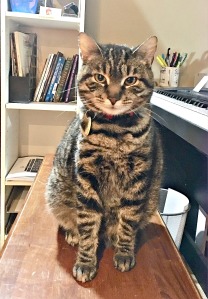 Clyde at the end of the blog.