One of my favorite hours each week is listening to Dr. Robert Schuller on THE HOUR OF POWER. In the 1970’s, while in elementary school, my grandfather introduced me to Dr. Schuller – one of my grandfather’s favorite writers. I figured Grandpa liked Dr. Schuller because he was a minister. However, one day, when I was in junior high, I was questioning whether I would have a chance to succeed to the high school’s drum-major position because of various concerns. My grandfather pointed out that “faith” and “positive thinking” were the best tools I could ever possess. He walked over to an entertainment unit and pulled out one of his books written by Dr. Robert Schuller. I was introduced to “positive thinking.” My grandfather bought me two books by Norman Vincent Peale and Robert Schuller when I was in the 8th grade. A few months later I became drum-major. 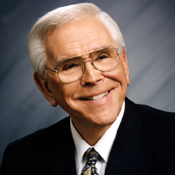 They traveled with me through college moves, the move to Dayton, and the five moves since moving to Dayton in 1990. Today they are in my living room on bookshelves I made my self because I had confidence I could build them! My first bookshelves at age 40! On each of those book shelves are letters that spell out “BELIEVE” and “ACHIEVE”. Not only do they remind myself, and my son, but they remind anyone who enters our home.

Today, Dr. Robert Schuller gave one of the most fantastic messages, and I am including it in this post. Though I do not buy into some of the doctrinal rhetoric, his message is brilliant and inspiring.

I have four faith points that hopefully you will not forget.
(1) Faith is a fact, not a fantasy.
(2) Faith is a force, not a value.
(3) Faith is a decision, not a debate.
(4) Faith is a commitment, not an argument.

If you have read some of my 36 books, you know that I keep coming back to the subject of leadership again, and again, and again. I am a strong believer that we each need to use leadership to meet the challenges that life throws at us. But most of us are not educated, trained, or motivated to be leaders. That’s because the people who influenced us want us to be their followers. So our peers are tempted more often than not to see us as their followers more than as their leader.

Leaders are not what most of us are called to be; yet in the final analysis nobody else will set your dreams for you. Nobody else can kill your dream. One of my books is entitled, “If It’s Going To Be, It’s Up To Me.” That’s being a leader and we desperately need that in our private, personal lives and in all of the institutions in our countries. The quality of leadership … but what is leadership?

St. Paul, the author of the Hebrews, introduces the subject of faith in Chapter 11 this way: “Now faith is the substance of things hoped for … the evidence of things not seen …”

Then in verse 6 he writes: “For without faith it is impossible to please God. For he who comes to God must believe that He is, and that He is a rewarder of those who diligently seek him.” (Hebrews 11:6)

That text was assigned to me by my professor when I was a student in theological school. Each of us had to prepare a sermon, which had to be delivered to the entire student body and faculty for their review and critique. Those words from St. Paul still impact me today with faith power, along with the mountain moving words of Jesus Christ from Matthew 17:20, “If you have faith as a grain of mustard seed, you can say to your mountain ‘move,’ and nothing will be impossible to you.”

Just a little bit of faith, but where does it lead? An idea goes through your head and you grab hold of it carefully, prayerfully, and you listen to that idea. When you do that, you become not just a follower, but a leader. I hear again and again in life that leaders are those who have the right degrees, the right credentials, the right resume, the right experience, but often they become trapped in professionalism. Then they are not leaders. Leaders haven’t been brainwashed – “this will work” … “that won’t work.” In that kind of thinking, they become followers because they are basically impossibility thinkers.

Leaders are possibility thinkers. They say, “What’s the problem? How can it be solved?” They don’t say it can’t be solved. No, their attitude is … Anything is possible. They may not have the answers, but they find answers. They go for the answers and make it happen, because they’ve got drive, passion, practicality and positive thinking! That’s leadership!

You can be a leader and that’s what our world needs. Think … think … think. But start with faith. Faith makes leaders. 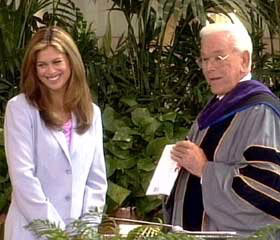 Now early in my life in ministry when I met with important people who didn’t believe in God or religion, they would always put me down very swiftly. Now I was not an honor student, but I was a national debate student, an elected member of the Phi Kappa Delta, the National Honoree Forensic Society. I thought I was good at debate, but when unbelievers would debate me with an argument on faith, I backed away. I thought I’d lose the debate so I wouldn’t go there.

Atheism is a negative assumption in an impossibility thinker’s brain. Theism is a positive assumption in a believer’s mind. I don’t think any of us ever make a single decision without basing it on assumptions that we don’t even understand are a part of the process. You assume the chair will hold you. If you are a scientist, and many of my friends are, you assume that the research is accurate. Maybe it is, but you assume that the sources were reliable. And you’re assuming that the newest discoveries haven’t invalidated what was published to be fact. The truth is the human being is an assumption-managed person, positive or negative! That’s reality.

That means assumption is nothing more than faith. Faith is accepting as truth something that you cannot prove and you’ve got to make a decision one way or another. And that means all human beings are assumption managed so we are really living in the realm of faith all the time, believers and unbelievers alike. So faith becomes a scientific reality in the mental processing.
(1) Faith is not fantasy … it’s a fact of managing human living.

Faith in itself has no value. It’s neither good nor evil, but it is powerful for good or evil! The terrorists who flew those planes into the twin towers had faith. They believed in terror. They were driven by assumptions of the power of evil to serve their cause. Faith in itself has no value. The value comes in what you choose to place your faith in.

If you place your faith in goodness, God, Jesus Christ, you have the power to change the world and become a saint. Then since we’re all naturally faith creatures (and God planned it that way) we are to relate to God and the only way you could possibility relate to God if God remains invisible.

My friend, Arnold Schwarzenegger, is worshiping with us again. He is a celebrity. He can’t go anywhere without everybody around him grabbing at him, surrounding him and he is only Arnold Schwarzenegger. But can you imagine what would happen if God Almighty or Jesus Christ, were here in flesh and bones? The ultimate reality is that God in Jesus Christ has to remain invisible so we can each relate to Him in our own way.

Don’t debate me about what I believe about God, Jesus Christ, the Bible, holiness, courage and leadership principles. I won’t debate my belief because I can’t prove to you that I’m absolutely right. I simply made a decision.

I have studied the Bible. I have studied the Ten Commandments and I believe they are given to us to keep us from getting into trouble so they’re a blessing. I’ve studied Jesus Christ. I’ve studied what I believe about the Christian church. There is no other institution on planet earth that specializes in encouraging people to be emotionally healthy, hopeful, optimistic, courageous, brave, cheerful, generous and kind! So Christianity will never go out of style!

I’ve chosen to believe in God and I’ve often said, “If moments before I pass away, someone would say to me, ‘there’s strong new evidence that there is no God. What do you say to that, Schuller?'” I would reply, “I’d believe in Him even if you could almost prove to me that He didn’t exist. I want God. I need God. I look at the good life God has given me. I wouldn’t never not believe. It’s a decision! I’ll live and die on that.”

(4) Faith is a commitment … not an argument.

So finally, faith is a commitment … not an argument. I made my commitment to Jesus Christ.

You need to make a decision. Make a commitment. Forget the argument. Focus on your natural instincts to live on assumptions and focus your assumptions on Jesus Christ. Where are you at? God has a plan for your life, absolutely. Have faith … for without faith, life is impossible. 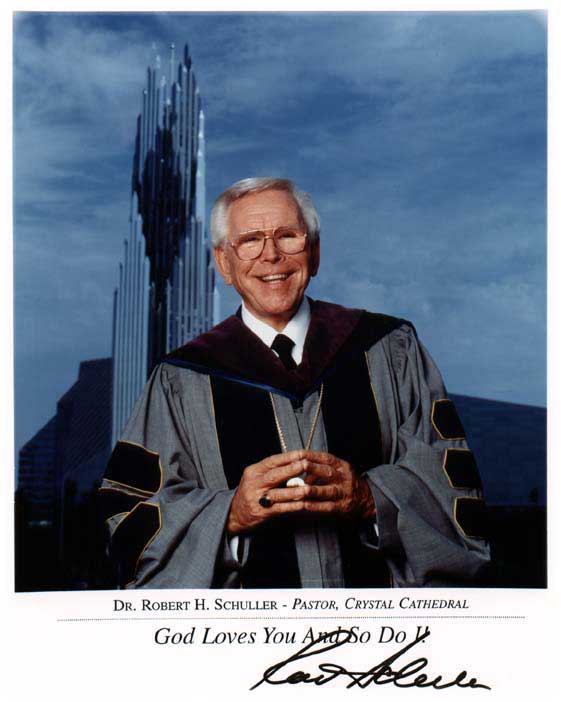