I posted a photograph of Queen Victoria which sparked discussion.

My friend, Elizabeth “Liz” Bryant, commented that she’s had a lifelong love with British history.

I can remember what sparked my interest in the royal family.

When I was four years old, my parents purchased a fine collection of World Book Encyclopedias with all the additional books that completed the long second row of the specially designed bookcase which is still in my possession. It became my favorite gift.

Although I wasn’t fully comprehending the section on Queen Elizabeth II, but I was captivated by two photos: 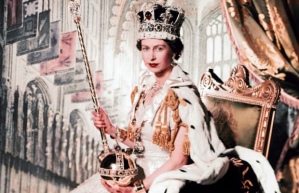 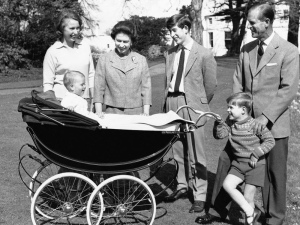 The post coronation photograph was so appealing to my young eyes and is still one of my favorites.

The family photograph contained the pram which was identical to mine. The bonus was learning Prince Edward, the baby, was six months older than me.

So, Liz and I share slightly over a century of combined love and interest in Great Britain’s royal family.