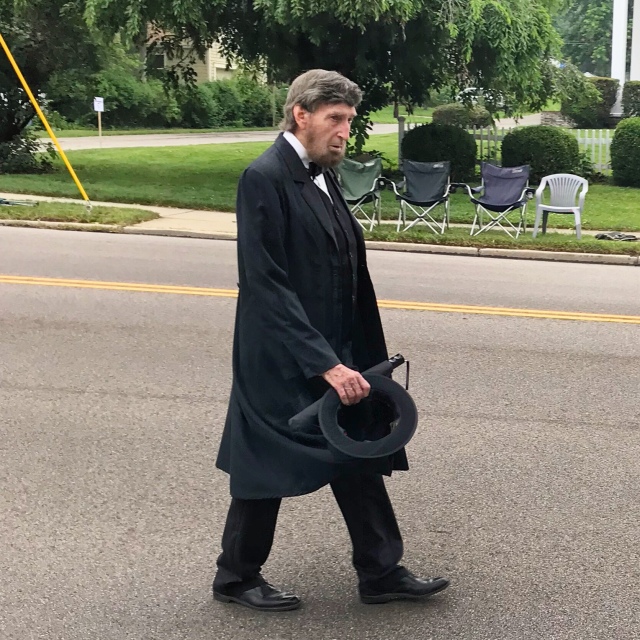 When I first moved to Dayton, Ohio, Sarah Koogler was the very first person I met. In 1996, I began working as director of music at Normandy United Methodist Church and much to my surprise, there was Sarah, and her husband, Bob. They were terrifically active in the performing arts of the church and so many other prominent areas.

Last year at the Centerville Americana Parade, I ran into Bob and Sarah who, as usual, were representing Mr. & Mrs. Lincoln. Sarah didn’t recognize me and some friends shared with me that she was battling Alzheimers. I got to see Sarah several times at Grieve Hardware where Bob works, just down the street from me. Sarah wandered the aisles, counting her fold tissues, over and over. I was simply a friendly face. Nothing more after 28 years of friendship.

Thank you, Stacey, for capturing this perfect photo of my favorite non-president President Lincoln.