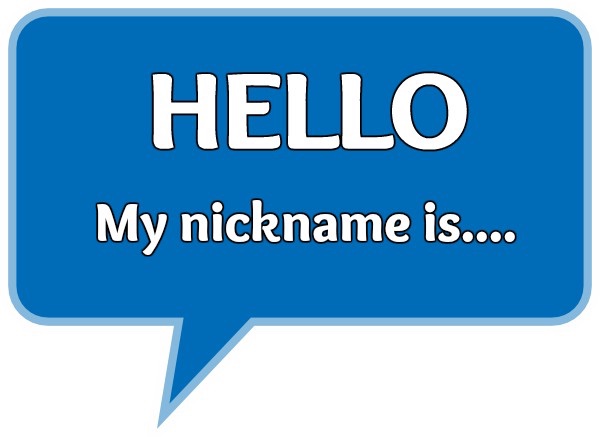 Many of us have or have had nicknames.

I always thought my one nickname was, “Destin,” as Mother has consistently called each of us by the other’s name.

As a little fellow, Grandma Donna often took me out to Elwood’s T-way parking lot (where Dairy Queen is located) to watch the high school marching band practice for The Indiana State Fair.

One evening, after watching practice, my grandparents were on their porch swing and I began marching around the porch, playing an “air trumpet,” and singing out like a trumpet or horn.

Grandpa Leroy asked, “Are you honkin’?”

In all seriousness, I turned and said, “No, I’m Darin.”

Since I was a towhead for many years, I seemed to have gotten a running start to the heavy duty blonde years.

A few days later, someone asked my name and I replied, “Honkin. Darin Honkin Jolliff.”

Thus was born my first nickname. Honkin or Honk.

Grandpa Leroy was pretty much the only one who called me, Honkin, and maybe a few others, but it was not far reaching.

May 11, 2004, I heard my familiar nickname for the last time as I bid my grandfather, “goodbye,” upon leaving his hospital room.

Another nickname has also faded into the annals of my life’s chapters.

My baby brother, Destin, as he learned to speak, called me, “Da.” In hindsight, being the smartass he was, he was probably saying, “Duh,” to get a jump on the many years of teasing.

As his speech developed I became, “Bubby,” which later shortened to just “Bub.”

“Bub” was just not Destin’s for me. It my nickname for him. Cards, emails, or text messages were signed off with “Love, Bub,” or his condensed, “L. Bub.”

A few weeks ago, I received what was to be the last text message from Destin, telling me about his eldest son, Parker, 13, spending more time watching historical documentaries than playing with Christmas toys.

The text was completed with, “L Bub.”

Honkin and Bub are now nicknames of my past. Perhaps there will be one or two more to come, but at 54, it seems unlikely.

Now, the nicknames are much like keepsakes that are placed in a drawer to be remembered when scrounging through the drawer to find something.