It’s the day after two birthdays of two men who had some impact on my being in this world – my paternal grandfather, William “Bill” Montgomery Jolliff and Dr. Robert Ulrey who delivered me.

In television it was a big day. BEWITCHED, THE ADDAMS FAMILY, and MR. MAGOO premiered.

At Washington Elementary School, students were permitted to celebrate birthdays the last 30 minutes of the day. Mother always made a construction paper placemat for each classmate with their name written in glitter, cupcakes, and a treat. There was always a celebration at home with the entire family.

In junior high and high school it was pretty much in keeping with others. Kids today really go out for celebrating one another’s birthdays. The 80s were big with hair and glasses but not so much on making a big deal of birthdays at school.

I received a neat text-greeting from Ethan Webb, a recent student graduate now studying in Slovakia! My Slovakian greeting, ever!

The birthday greetings are pouring in on social media and I couldn’t keep up with them. So, I’m snuggling with the dogs at present.

I’m sending out best wishes to those in my circle who also celebrate this day with me:

I spied one birthday greeting from Chris York, the son of BEWITCH’s original (and best) Darren Stevens, actor Dick York.

Tonight, in the middle of teaching, I will receive a most special birthday greeting I’ve received every year for 54 years. Mother will call at 6:03 PM to officially send me off on the next journey around the sun as I officially begin my 55th year of life.

It’s a good day. Make it a great day! 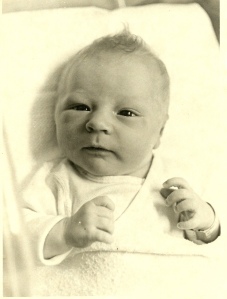