Normally it’s Friday Funday for me but the rain from yesterday, last night, and expected today, has just made it a gloomy day and I need to turn it around. 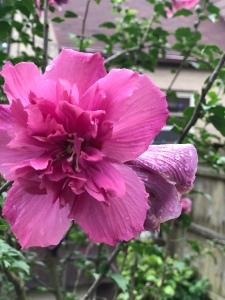 I’ve not decided how, yet.

Last evening I attended a screening of LUST FOR LIFE (1956) at Dayton Metro Library, downtown.

It was a very nice sized crowd for the free showing. Kirk Douglas was magnificent and when paired with Anthony Quinn, I thought the screen would catch fire! However, I found the film a bit tiresome. Composer Miklos Roza’s score was magnificent but seemed to pull the movie along, at times, rather than augment it.

A torrential rain plowed through Dayton during the movie leaving silver mirrored patterns on the sidewalks and streets. 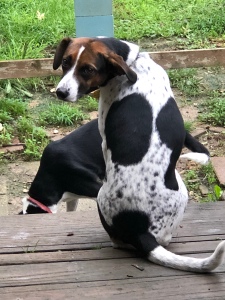 I woke in the middle of the night feeling odd and before long a strong nausea set in. I removed myself to the first floor should I need to be close to the chamber pot. Eventually, the sensation moved on and I returned to some semblance of sleep, allowing myself an 8:00 AM rising time which was more for the dogs’ breakfast than my own need for more sleep.

This morning is damp and everything sticky to the touch. The 92% humidity is just a bit uncomfortable. More rain is expected throughout the day.

Alas, I need to push on with my morning in order to make it a great day.