On a chilly July 1981 morning at Smith-Wallbridge Drum-Major Camp near Syracuse, Indiana, Rick and I quietly rose by 4:00 AM, and took a radio out to one of the pavilions to listen to the royal wedding of Prince Charles of Egland to Lady Diana Spencer.

It was fascinating to listen to the details and to later see them in the magazines that published photographs.

At one point, Rick looked up and said, “Princess Diana is only two years older than us.”  I guess that seemed pretty cool to two midwestern teenagers.

This morning, the world seemed captivated by the marriage of Prince Harry to Hollywood beauty, Rachel Meghan Markle.  To be honest, I paid little attention to this wedding and knew very little about England’s newest princess.  It kind of snuck up on me during a busy time of my teaching year.

While waiting for a show to begin, I scrolled through photos of this morning’s royal wedding, getting caught up on the royal events.  This one photograph reached out and tugged at my heart.  It is stunning! 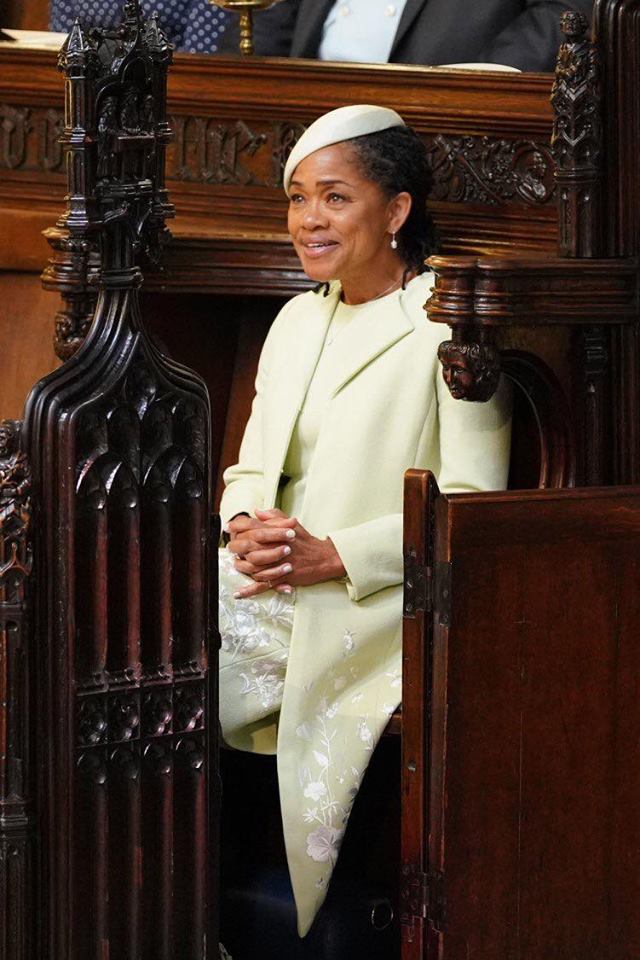 Doria Ragland, the mother of Meghan Markle.  I love the strength and tenderness in her smile and expression as if to say, “My daughter is marrying a prince! My daughter will be a royal princess of Great Britain.”

Ms. Doria Loyce Ragland was born in Cleveland, Ohio and is a yoga instructor and social worker!  Meghan’s father, Thomas Markel, was a lighting director in Los Angeles, most notably, MARRIED WITH CHILDREN.

I am listening to several accounts of today’s events which seemed to come off beautifully.  Still, I keep finding myself glued to this particular photo.