O, FOR HISTORY: The Roosevelts 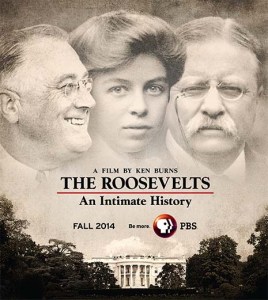 I watched Ken Burns’ THE ROOSEVELTS: An Intimate History when it first came out a year or so ago.  Since it’s premiere, I’ve kept often kept it playing in the background of my study as I work.  There’s something soothing, and yet, still quite inspiring about these three Roosevelts, Theodore, his niece, Eleanor, and her husband, Franklin.

Tonight, while resting, I caught an amusing story I don’t recall having heard before.

A distraught lady wrote President Franklin Roosevelt during The Great Depression, outlining her dire situation of trying to raise six children on no food, sleeping on rags in a shack, her husband in California trying to secure work, and she had $.60 to her name.

“If there’s nothing you can do about any of this could you please pass this on to Mrs. Roosevelt?” 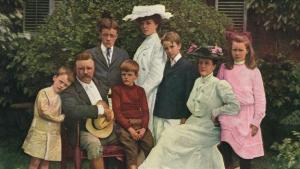 To live in a nation with so much faith in the leader and his spouse….