When I went to bed the evening of August 24th, 2012, I had no idea how, within a few hours, my world would be altered.  A curse from twenty-years before was to be repeated.

A year has passed.

The following year, another Haas nephew, Justin, was born.  A few years before, my sister, Autumn Haas, had given birth to Michael.  With Justin’s birth I realized that while I was still a nephew, I was also an uncle.  I had been trained by two wonderful uncles, Ron Barmes and Garry Jolliff, and I knew that I was exceptionally well-trained for uncle-hood.

Michael was the artist, and Justin was the actor.  For what more could an artistic, theatre-driven uncle ask?

Justin, though seemingly happy go-lucky, secure and confident, was racked with depression as he entered his late teens.  When he turned 20, he

begged me to help him.  I consulted a friend in Muncie who served as his counselor, and I was happy to see an improvement.  I was all too familiar with the horrors and hell of depression, and its debilitating imprisonment, and I was relieved to see the weight lifted from his small shoulders.

Both Michael and Justin were blessed with marvelous personalities that exude a clever wit, intelligence, happiness, and terribly kind hearts.  Despite this, and his talent as a thespian, Justin was an imprisoned soul with the depression.

It is never truly clear why some individuals feel the need to cut short their life’s journey. While they bury their emotional scars with their selfish, pain-driven choice, those of us remaining have the insurmountable, anguished task of carrying the hideous scars that result from their choice.

Twenty-five years separate the deaths of a beloved uncle and a dearly loved nephew.  I’ve missed time spent with my uncle, and oh, how I have deeply missed his laughter and joking.  I’ve missed the late-night telephone calls from my nephew, the little texts wishing me a good day or letting me know he was thinking about me, and his laughter – most often filled with piss and vinegar.

While the questions of “why?” shall be a scar that eventually fades with time, the scars of missing those much-loved souls will forever fester.

And so, just as I wrote to Justin one year ago, this particularly favorite line from William Shakespeare’s, HAMLET, I offer it up again, with more reassurance:

“Good night, Sweet Prince, and flights of angels continue to sing Thee to Thy rest.”

Know you are loved, Justin…  Unc 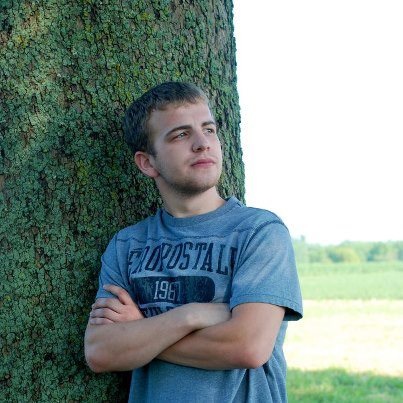